Hey Friends, I’ve been doing some big thinking lately about … EVERYthing & I have a bit of a confession to make. Some of you know this already. Others will wonder why I’m sharing. Truth is, I feel compelled. Like I’m shedding my skin.

We were a little bit into Tell Me Something Good, the sexy storytelling event I run (ran?) with Claire & I started to notice it. The world I had advocated & fought so hard for – a world where people could explore open relationships without stigma – it was blooming.

I looked around at all of the amazing people carving their own space in sex ed, thinking I would feel proud but instead I felt insignificant next to their growing success. My entire life, jobs, relationships, etc were under a microscope for years for me to just become forgettable? Was it all in my head? Maybe. Who knows.
Things were going well in my life but still I was disconnected from myself. We would have parties that would often turn into sexy parties for some, and I got very prudish about it all, unlike past Me.

That was partially because I was sensitive to my more vanilla guests who didn’t necessarily consent to being at that type of party. But also? I felt like no one wanted to come see us; they just wanted to fuck in our basement & go home. Again, I felt forgettable.

I rained on parades. I avoided sexy opportunities as I didn’t believe they were real. I let this entire concoction of insecurities rule how I treated friends. I wanted so badly to be who I actually finally am but she was just out of reach.

In 2013 I had my heart broken badly because I’m a moron, and leading into 2014 I was stood up maybe 8 times which destroyed my confidence. But I also had lots of great times, partners, & experiences that should’ve balanced it out.

I almost died in February 2014. Not an exaggeration. Not 1, 2, or 5, but 17 pulmonary embolisms from a slip in the tub. The doctors said I was so close to death they were amazed I survived. Every single one of my illnesses now? They come from that single trauma. That trauma that I brushed off because, well I didn’t die, did I? No, so I should’ve gotten over it! Compartmentalism. Move on. Be strong. It’s “who I am”.

I thought I got over it, but the evidence is clear in my body’s response since then. That was trauma that I didn’t ever process. Instead I became ruled by feelings I didn’t even know were there. Essentially I gave into who I thought I had to be after that & illness (& the long search for a diagnosis) became my identity.

I don’t know how much almost dying really changed me, but the evidence suggests a lot. So for this, and more, I am sorry. I’m sorry to the friends that I couldn’t show up for truly because I turned that trauma into awkward and uncomfortable behaviour. But mostly I’m so SO sorry to myself. I let myself dull. I lost my sparkle. Others might have still seen it, but it was much darker than it had been, I promise you.

And now? I am back, but better than I was. I’m here to show up for you AND for me always. I’m here to listen and learn everything you want to share with me. And I’m here to share it all with you too. No holds barred. Confident vulnerability, my favourite. This is 100% me, with the walls down.

I am so excited to finally shed this weight of medical trauma, slowly but surely. There has been a lot of it since then, but it no longer rules my whole soul. My light is returning.

And if you need a little sparkle because maybe you’re feeling dull sometimes? You can have some of mine. Let’s do this. Together.

Thanks for reading. I hope it made sense. 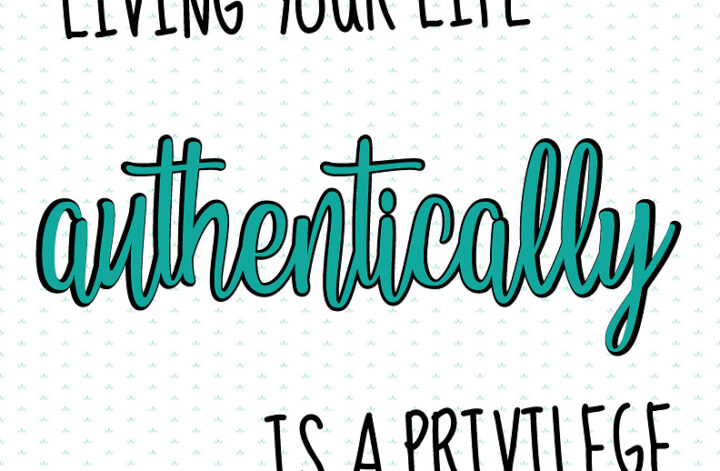 Authenticity is a Privilege

If You Say So